Company Offsite in Tyrol with Crime-Event

The Swiss internet company was looking for a very special team event for its employees and did choose to go to Tyrol for the company outing.

It was supposed to be an interactive event that demanded excitement, action and team spirit. So the group came by bus to the beautiful Alpbachtal valley in Tyrol for their company outing and took part in a unique crime thriller event.

The whole village of Alpbach was an event area. During the company outing, a staged murder case had to be solved. The participants slipped into the role of the detective and looked all over the village for evidence that would expose the perpetrator. Witnesses were interviewed in detail and traces were secured using forensic techniques. Subsequently, blood samples were tested in a separate laboratory, fingerprints compared, and further evidence evaluated. To get an insight into current forensic technology at the company outing was a unique experience for all participants.

After collecting evidence and some speculations of the teams, 1/3 of the teams managed to find the correct resolution for the case and the necessary evidence for the prosecution. The case was then clarified at the evening event of the company outing. It was shown where the traces could be found, and all perpetrators and accomplices were revealed. Finally, the winning team received its well-deserved prize.

Thanks to the more than 20 actors of the Alpbach drama group and another 20 helpers, the company outing to Tyrol with this unique event highlight went smoothly and the customer was very enthusiastic about the event. 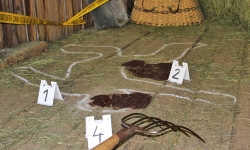 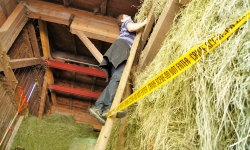 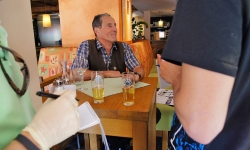 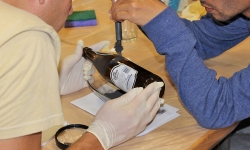 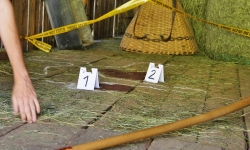