Act the goat in Kitzbühel!

Kitzbühel – known for the breath-taking landscape, the spectacular Hahnenkamm race and its heraldic animal, the alp goat, also known as the “Kitz Chamois”. And that is what the iPad Rally Kitzbühel is all about! Find the deft animal with your team and solve tricky-witty challenges on the way. This unique teambuilding experience will surely be remembered for a long time!

Whether you want to use the iPad Rally Kitzbühel as a company outing, company incentive or as a supporting program for meetings and conferences – the possibilities to use the rally are nearly endless! The tour is even suitable as a fun part of a wedding. Your employees, partners and guests will get to know each better. Teamwork is required in order to solve the challenges!

We use original iPads for the rally and an especially developed app, which is intuitively easy to use. After a short explanation from our guide, where the most important rules and the handling of the iPads will be explained, the tablet tour starts. Split up into teams, the participants search for the hidden alp goat. Different challenges must be solved on the way. The tasks vary and can be selected in advance. We can prepare some mini games, knowledge questions and photo/video challenges – the tasks can be adapted individually to your wishes! The iPad Rally Kitzbühel is a fun group activity with teambuilding aspects. As soon as the participants complete the task, they get a hint for the whereabouts of the alp goat.

This modern and digital kind of a scavenger hunt leads to the beautiful spots you should not miss in this city. Whether you want to start at your hotel and end at the dining location or at the official finish line of the Hahnenkamm races – the route is individually adaptable! For example, you can choose the Hahnenkammbahn as the last station of the iPad Rally Kitzbühel and reach the top of the mountain comfortably with the gondola. As soon as you arrive at the top, you can see the famous starting point of the Hahnenkamm race and enjoy the breath-taking mountain view. Additional activities can be quad driving, archery, a tasting or our reaction game. A special highlight is also the Schwarzsee lake, where we can prepare a rowboat challenge.

The tablet tour is interactive, that means the participants see live, which team is currently in the leading position. The teams can not only communicate with the guide via the app, but also with the opposing team. This way, they can place some gags or gadgets for their competitors – by ‘bursting’ their iPad screen temporarily for instance.

The iPad Rally Kitzbühel can either be arranged as a half day program or be split into forenoon and afternoon. It is not only suitable for the centre of Kitzbühel, but also for the more peripheral area. We offer the tour every year in spring, summer and autumn. The supporting program is also individually adaptable to your wishes. If the focus at your incentive, meeting or offsite event should be more on the teambuilding aspect, we recommend additional teambuilding activities, which can only be solved if the participants work together.

As soon as every team reached the goal, the ceremony takes place and the winners get a prize, which is a nice reminder of the time spent in Kitzbühel. Afterwards, the experience will be reflected and a relation to the daily office life will be established. Thus, a long-term additional value for your company can be created by combining the fun with the useful. The iPad Rally Kitzbühel is the ultimate fun and shows the most beautiful sights of Kitzbühel!

What should be considered?

Process of the iPad Rally Kitzbühel:

In 2020, the Hahnenkamm race in Kitzbühel celebrates its 80th anniversary! Don’t miss this opportunity to learn more about the famous city. Try out the iPad Rally Kitzbühel with your team! We are happy to receive your request.
Click here to get more ideas for your teambuilding event.

We organize the iPad Rally for your corporate event or leisure group individually throughout Austria. We already have ready-made, reasonable routes in the following locations:

Try the iPad Rally Kitzbühel with your team! We are happy to receive your request.
Click here to get more ideas for your teambuilding event. 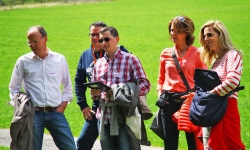 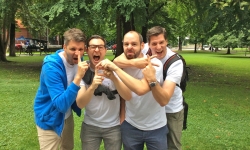 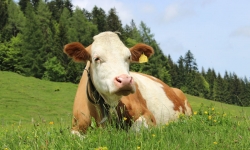 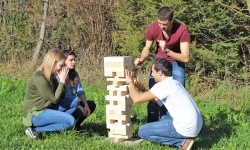 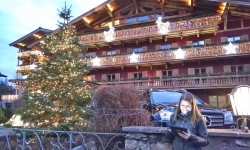 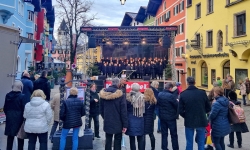 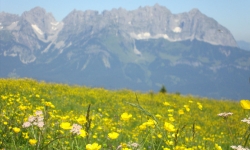 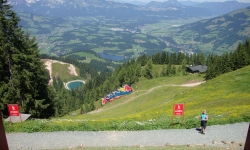 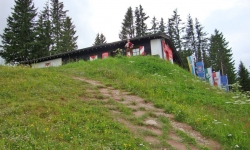