The iPad Rally is probably the most modern version of a scavenger hunt and leads the teams with the help of a special app to particular places in the city or on the countryside.

The participants answer questions, fulfill amusing photo- and video challenges and discover insider spots in their surroundings. Different strengths of the participants come in action to assert themselves against the other teams and to win the iPad Rally.

The starting- and ending point are arbitrary selectable. The instruction of the iPads is short, as the app is designed very intuitively. The significant element of the app is the map, that displays the next activity each time. Furthermore, different buttons can be found with which they can communicate with the other teams or send them funny gadgets. They can play tricks on each other by sending virtual ghosts or digitally destroy the screen of the iPad. As soon as the teams reach the first challenge and repeated the playing rules, that were explained by our guides before, the second challenge will be displayed on the map.

During the rally, our guides can operate as big brother, hence operator from afar and can see the teams at all times. They can always communicate with the teams via the app.

In the runtime of the game, the participants explore their surroundings and find different tasks that will open on their own when the iPad reaches a certain GPS coordinate. The challenges include insider information as well as interesting multiple choice questions, tricky treasures and amusing photo- and video challenges. A challenge could be, for example, to perform a current music hit or to take a team selfie in front of a special landmark. These challenges are fun on the one hand and encourage creativity on the other hand. By interacting at the different stations the team members break down barriers.

First senses of achievement will be experienced by the teams fast, as they get a feedback immediately after answering a question. Moreover, the pictures and videos are judged by a jury in real time and the teams can always see the score of the opponents.

The iPad Rally is variously applicable. The duration, team size, place and aim of the event can be individually adjusted. As a teambuilding, we can include according activities, that are supervised by a team trainer. As a city tour, we pack insider knowledge into an exciting rally and integrate a degustation of a traditional dish like the Sachertorte or local schnapps- or cheese specialties. As an Ice-Breaker we send the teams through the city and give them a meaningful method to get from a to b or from the hotel to the dinner location. We also carried out the iPad Rally indoors, to get to know a sophisticated, newly build office complex.

As a multi-media challenge, the iPad Rally will motivate the team to reach their maximum power in a diverse and exciting way.

Schedule of the iPad Rally:

What to keep in mind / What you need to know

We organize the iPad Rally for your corporate event individually throughout Austria. We already have ready-made, reasonable routes in the following locations:

In case you are looking for additional ideas for your teambuilding event, please click here. Below you will find a short video about the iPad Rally: 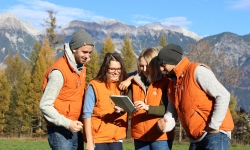 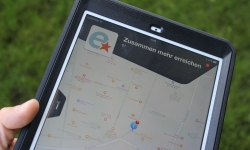 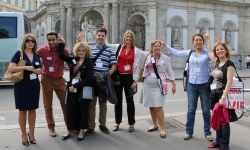 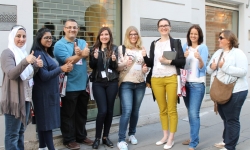 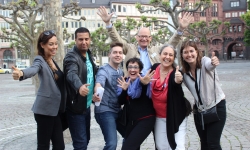 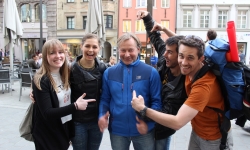